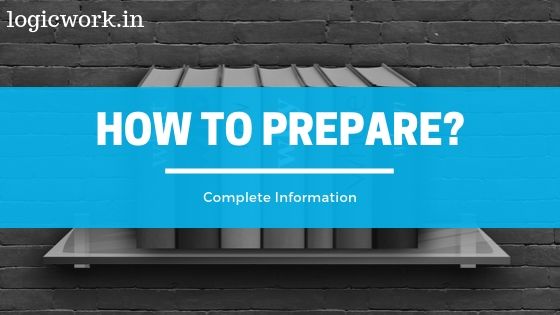 People usually presume that machines’ question would be tough and this presumption is based on the language of the question generally which is more complex than the question itself. Whenever you are starting Electrical Machines, you need to be well aware of the pre-requisite concepts which is the basic of Electromagnetic Theory and some basics of Electrical Material. These concepts will help you understand the working of each machine in detail and you will also be able to understand why some particular material is used in the construction of Electrical Machines.

Though this may not directly come in handy in GATE exam it will give you an edge in the interview.First, we will cover each topic in Electrical Machines and the concepts required for GATE from that topic and then I will tell you some problem-solving tips.

This is the beginning of Electrical Machines course and is a good platform to get acquainted with the basics of machines.

This chapter will start with the basics of Transformers such as Construction and Working Principle. In construction, you should be clear about the differences in Core Type and Shell Type Transformers and where they are used. Then you can move onto the concept of Ideal Transformer and one by one removing the idealities we can realize a practical transformer.

Then by removing each non-ideality, you should understand how the phasor diagram of the Transformer is modified like by introducing the core loss, magnetizing current, leakage flux, etc. based on these phasor diagrams you can draw the equivalent circuit of Transformer.The next important concepts are the concepts of Voltage Regulation and efficiency.Generally the biggest confusion in the Voltage Regulation Concept is whether it should be calculated with respect to No-load Voltage or Full-Load Voltage, I would suggest that you calculate both as either of them may be used and you mark the option based on that but if question is numerical type we generally calculate with respect to rated voltage.Then in the concept of Efficiency, you must be very well aware of the computation of various losses in Transformers in absolute values as well as pu values. The concept of maximum efficiency both with respect to load as well as power factor is important.

In the case of three phase transformers, you have to understand how to draw the phasor diagram and calculate the phase difference between the line voltages on both sides. The questions nowadays are very common on this topic and are mostly based on connections and phase shift. You have to cover mainly for connections which are: Star-Star, Star-Delta, Delta-Star, Delta-Delta.

The last concept would be Parallel Operation of Transformers in which you have to understand how to find the load sharing between the two transformers when a load is given and how to find the maximum load that can be supplied by the parallel connection. The concepts of Harmonics is good for understanding but is not required from the GATE point of view.

So totally you have to remember 5-8 concepts for Transformers and then you can solve almost all problems based on Transformers.

Now let us discuss some important topics from DC Machines that you need to prepare for GATE Exam.

The concept of Armature reaction and Commutation.

These concepts are given an insight into the problems faced by the DC machine in its operation.

From, the numerical point of view, this chapter totally revolves around 4 equations which are two performance equations one each for generator and motor and the expressions for Torque and EMF. The most commonly asked questions are based on speed control of DC Motor and we must always remember that whenever we want to calculate speed we need to calculate the back emf and then take the ratio of two emfs to compute the ratio of two speeds.

Other than that the concepts such as Efficiency and Maximum Efficiency are important for GATE relevant problems so here also you need to understand the various losses encountered in DC Machines. The difference from Transformers here is that we have Rotational Losses as well in the Rotating machines.Then the concepts of Characteristics of DC Generator and Motor are not very much relevant to GATE and are generally asked in other examinations.

The concepts such a starting and braking of DC Motor are also not very much relevant to GATE exam.In general, the questions are mostly based on Speed Control of DC motors. So practice as many problems as possible based on this concept.

Like any other Electrical Machine, this chapter again starts from the study about the construction and Working principle of Synchronous Machines.

What to study in Construction, Electrical Machines?

The first numerical concept in this chapter that you need to remember is the concept of Induced EMF which involves the concept of pitch factor and distribution factor as sometimes questions may be asked on the ratio of emfs induced when a 3-phase winding is re-wounded as a single phase and the ratio of KVA Rating of the two winding.

Other than that, this chapter is mostly based on two equations which are Power-Angle Equation and the emf-terminal voltage relation which comes from the equivalent circuit of the machine and you need to solve these two equations to calculate any parameter that is asked.

Also since the physical calculator is not allowed it is better that you understand the scalar equations that can be used to find the emf rather than the phasor equations as that will save a lot of calculations. Also, remember how the equations change when the machine changes from Motor and Generator. Check carefully before starting any problem whether the machine is a motor or a generator.Then comes the last concept i.e. Salient pole Synchronous Machine. In this, you have to understand the emf equation, calculation of power angle and the Power Angle Equation. The questions are mostly asked from these three concepts only but again make sure to study about both Generator and Motor.

The concept that is nowadays appearing and is non-trivial is the concept of Inverted Induction Motor where supply is connected to the rotor and stator terminals are connected to load there also you need to understand the speeds of all field and rotor speed as well. So, if you understand the speed at which rotor and the magnetic fields rotate, you can find any relative speed.

Equivalent Circuit is not much important here.

Which is the most important concept in Induction Machines?

Probably the most important concept in this chapter is the torque-slip characteristics and conditions for the maximum torque and starting torque and question may be based on the ratio of these. The relation between torque at any slip and the maximum torque is very important. Usually, Stator Impedance is neglected and only Rotor Impedance is considered.

Also, remember the formulas for Air-Gap Power and rotor copper loss and based on these powers you should be able to compute the efficiency of the machine.

The next concept is the starting of Induction Motor by Auto-Transformer or Star-Delta Starter which you need to study.

The practice is what you need to do the most when it comes to a subject like Electrical Machines. Practice more and more problems to develop the skill where while reading the problem you will easily understand the equations that will be involved while solving the problems. Also before solving any problem, you need to devote 30 seconds to carefully read and understand the problem as most of the time mistake is committed due to not reading the question properly.So, these were some of the important topics from Electrical Machines for GATE Exam. Likewise,

I have also mentioned the preparation strategy for following sujects in the most efficient way.

If you like the article please share it with your friends and let me know how was the article in comments and do revert to me with comments in case you have any query.